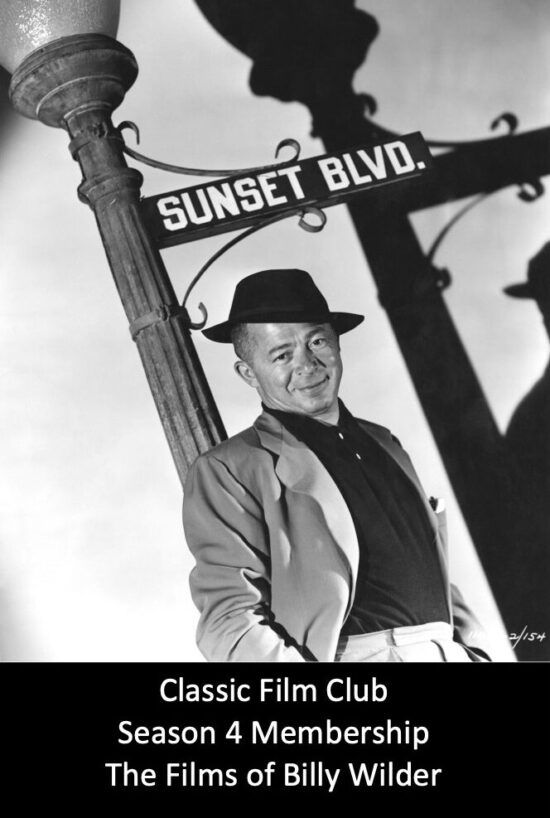 (Please note – when purchasing a Classic Film Club Pass – you will receive a confirmation receipt/ticket for your purchase. This receipt/ticket shows the enrollment deadline of October 1, 2021 at 8am. Please disregard this date and time as they do not impact the actual film screenings. As a member you will have admission to all 6 screenings and be welcome to attend either Thu evening or Fri matinee – whatever works best for your schedule for each film. Personalized membership cards will be available for pick up beginning at the first screening.)

Please join us for Season 4 of the Lincoln Theater Classic Film Club, celebrating the films of Billy Wilder.

Membership, at $55 per person, includes:
• Admission to 6 screenings.
• Small popcorn at each film.
• Glass of wine/beverage at each film.
And more…

Film Historian Jeannie MacDonald will join us for each film screening.
The enrollment period for membership in our fourth season closes Friday October 1, 2021.

Membership cards will be available for pick up at the first screening.

ACE IN THE HOLE (1951) – Thu Dec 2 at 7 PM / Fri Dec 3 at 2 PM
A scathing media satire that feels more relevant than ever. Frustrated former big-city journalist exploits a story of a man trapped in a cave to rekindle his career.
Starring Kirk Douglas & Jan Sterling.

STALAG 17 (1953) – Thu Jan 6 at 7 PM / Fri Jan 7 at 2 PM
William Holden won an Academy Award as Best Actor for his acclaimed performance as a suspected black marketeer and informant in a German P.O.W. camp during WWII. Based on the hit Broadway play and featuring 4 actors from the production.

SABRINA (1954) – Thu Feb 3 at 7 PM / Fri Feb 4 at 2 PM
A playboy becomes interested in the daughter of his family’s chauffeur, but it’s his brother who would be the better man for her. A sparkling, effervescent romantic comedy starring Audrey Hepburn, Humphrey Bogart & William Holden.

THE APARTMENT (1960) – Thu Mar 3 at 7 PM / Fri Mar 4 at 2 PM
In this five-time Oscar winner, a man tries to rise in his company by letting its executives use his apartment for trysts, but complications and a romance of his own ensue. Starring Jack Lemmon, Shirley MacLaine, & Fred MacMurray. 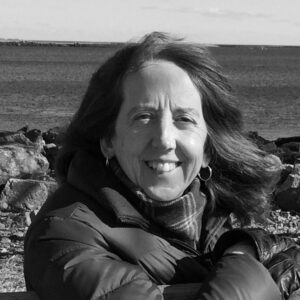 Jeannie MacDonald brings her lifelong passion for movies from Hollywood’s Golden Age to the Lincoln Theater as co-host, along with Executive Director Andrew Fenniman, of Season 4 of our Classic Film Club series. After working  a  producer at Boston’s CBS and NBC affiliates, she moved to Los Angeles, where she wrote marketing copy for Paramount Television on the studio’s iconic Hollywood lot. As a freelancer, Jeannie has written movie copy for Warner Bros. and humor pieces for the Washington Post and Los Angeles Times. She hosts movies and blogs for the Music Hall Loft’s “Film Club” in Portsmouth, New Hampshire, where she lives with her husband John. Jeannie joined us for the last showing of Season 3 with a talk about Ninotchka. She will be introducing each film in our celebration of Billy Wilder.

Please note that fees for the Lincoln Theater Classic Film Club are non-transferable and not tax deductible. For additional information, please email info@LincolnTheater.net