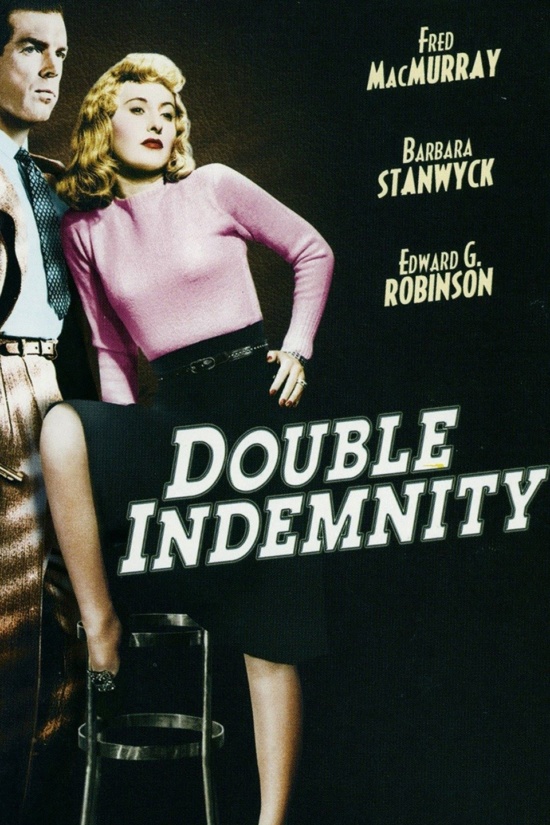 Please join us for DOUBLE INDEMNITY, the first film in season 4 of Lincoln Theater’s Classic Film Club celebrating the films of Billy Wilder, one of the most brilliant and versatile filmmakers of the Hollywood Golden Age of cinema. We are pleased to be joined at each screening by special guest, Jeannie MacDonald, for a pre-film talk and introduction. In this classic film noir, insurance salesman Walter Neff (Fred MacMurray) gets roped into a murderous scheme when he falls for the sensual Phyllis Dietrichson (Barbara Stanwyck), who is intent on killing her husband (Tom Powers) and living off the fraudulent accidental death claim. Prompted by the late Mr. Dietrichson’s daughter, Lola (Jean Heather), insurance investigator Barton Keyes (Edward G. Robinson) looks into the case, and gradually begins to uncover the sinister truth.

Film historian, Jeannie MacDonald, brings her lifelong passion for movies from Hollywood’s Golden Age to the Lincoln Theater as co- host, along with Executive Director Andrew Fenniman, of Season 4 of our Classic Film Club series. After working as a producer at Boston’s CBS and NBC affiliates, she moved to Los Angeles, where she wrote marketing copy for Paramount Television on the studio’s iconic Hollywood lot. As a freelancer, Jeannie has written movie copy for Warner Bros. and humor pieces for the Washington Post and Los Angeles Times. She hosts movies and blogs for the Music Hall Loft’s “Film Club” in Portsmouth, New Hampshire, where she lives with her husband John. Jeannie joined us for the last showing of Season 3 with a talk about Ninotchka. She will be introducing each film in our celebration of Billy Wilder.
Running Time: 1 hour, 47 minutes
+ Google Calendar+ iCal Export