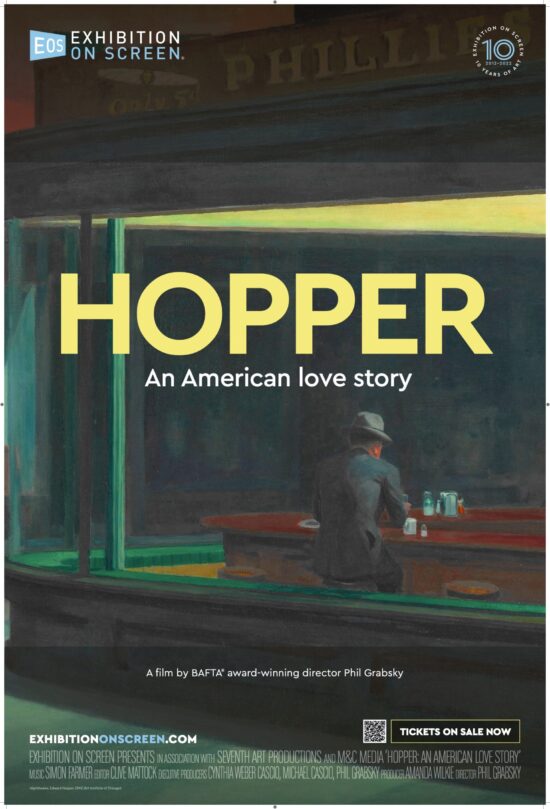 Hopper’s work is the most recognizable art in America – popular, praised, and mysterious. Countless painters, photographers, filmmakers and musicians have been influenced by his art – but who was he, and how did a struggling illustrator create such a bounty of notable work? This new film takes a deep look into Hopper’s art, his life, and his relationships. From his early career as an illustrator; his wife giving up her own promising art career to be his manager; his critical and commercial acclaim; and in his own words – this film explores the enigmatic personality behind the brush… Combined with expert interviews, diaries, and a startling visual reflection of American life, Hopper brings to life America’s arguably most influential artist.

Written and Directed by Phil Grabsky
Music by Simon Farmer

All ticket sales are final – Nonrefundable and Nonexchangeable

All tickets are available for purchase at the door beginning 30 minutes before showtime, or in advance through our online box office.