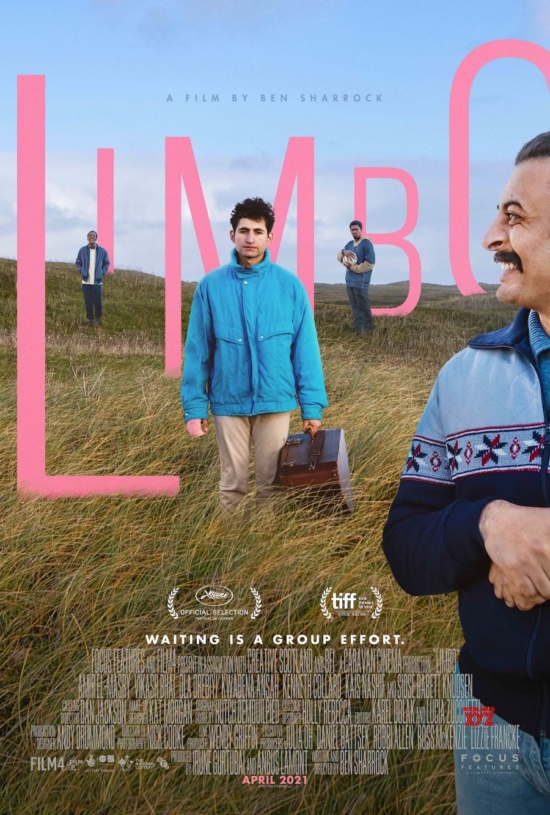 LIMBO is a wry and poignant observation of the refugee experience, set on a fictional remote Scottish island where a group of new arrivals await the results of their asylum claims. It centers on Omar, a young Syrian musician who is burdened by his grandfather’s oud, which he has carried all the way from his homeland.

Recently nominated for two BAFTA® awards for Best British Film and Best Debut by a British Writer, Director or Producer. Reflecting the complexity of the movement of people across borders has been a long-held passion for director and writer Ben Sharrock, who spent time working for an NGO in refugee camps in southern Algeria and living in Damascus in 2009 shortly before the outbreak of the Syrian civil war. There, he formed a network of friends whose personal stories inspired the film. Limbo, Ben Sharrock’s second feature, deploys pitch perfect wit and crisp observation to shine a light on the hearts and lives of those at the centre of a crisis that most of us only experience through headlines.

“I wanted to tell a story that has the landscape of the refugee as a subject matter, but with my style of filmmaking. So there are absurdist elements which rally against the representation of refugees in mainstream media, films that focus on the purely sensationalist aspects of that subject matter,” the director says of the film.

Presented in partnership with Supplies Unlimited