Portrait of the Queen (PG) 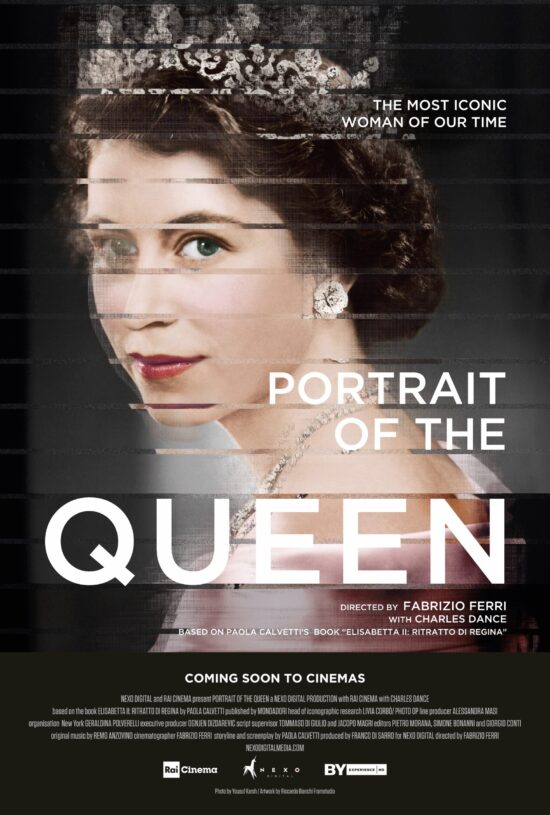 Queen Elizabeth II was the most photographed, the most loved and talked about, spied upon, praised, criticized, popular woman on the planet. All over the globe and in every moment of her long life, that came to an end at the age of 96, people have always wanted to watch her through a peephole, discover new things about her, get to know her better, connect with her and understand her. Portrait of the Queen offers an original portrayal of the story of The Queen from a totally new perspective: through the most intense, amazing, revealing photographic portraits of her, as shared by the extraordinary photographers who accompanied and often created the image of the British monarchy itself.  The event will screen in U.S. cinemas exclusively from Wednesday, November 30 and varying dates. Special focus is given to each of The Queen’s most intense, intimate, faithful portraits, symbols of 20th century history, contextualized by the photographers who portrayed Her Majesty – Brian Aris, Jason Bell, Julian Calder, Chris Levine, David Montgomery, and John Swannell.  In addition, sincere, spontaneous comments from British subjects alternate with conversations featuring photographer and Camera Press photo agency co-owner Emma Blau, Valentino Creative Director Pierpaolo Piccioli, actress, author, philanthropist and model Isabella Rossellini, and Susan Sarandon, actor and activist who met the Queen in person and gives viewers a more private, intimate reflection on the role, obligations and complexities of being a monarch.  Also featuring British actor Charles Dance, winner of the Screen Actors Guild Award for the series The Crown.

All ticket sales are final – Nonrefundable and Nonexchangeable.

Tickets are available for purchase at the door beginning 30 minutes before showtime, or in advance through our online box office.