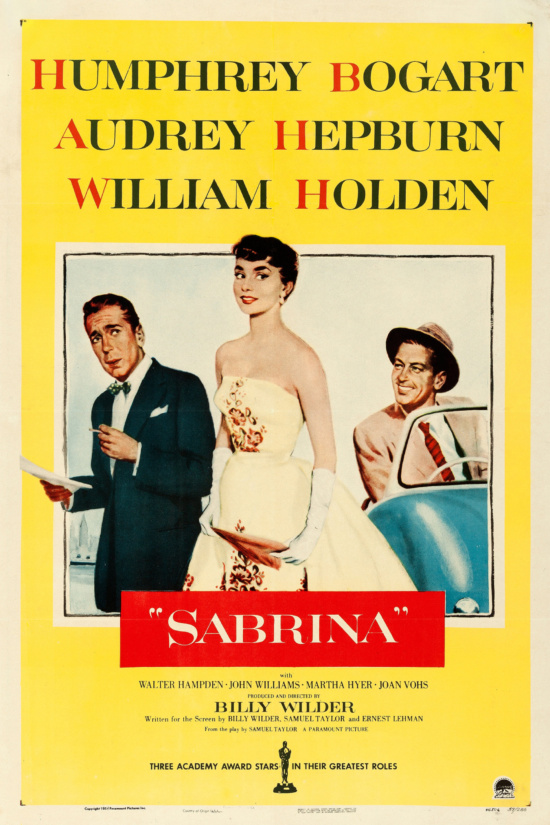 Please join us for SABRINA, the fifth film in season 4 of Lincoln Theater’s Classic Film Club celebrating the films of Billy Wilder, one of the most brilliant and versatile filmmakers of the Hollywood Golden Age of cinema. We are pleased to be joined at each screening by special guest, Jeannie MacDonald, for a pre-film talk and introduction.

Chauffeur’s daughter Sabrina (Audrey Hepburn) returns home from two years in Paris a beautiful young woman, and immediately catches the attention of David (William Holden), the playboy son of her father’s rich employers. David woos and wins Sabrina, who has always been in love with him, however their romance is threatened by David’s serious older brother, Linus (Humphrey Bogart), who runs the family business and is relying on David to marry an heiress in order for a crucial merger to take place.