The Met Live in HD: FIRE SHUT UP IN MY BONES (Blanchard) 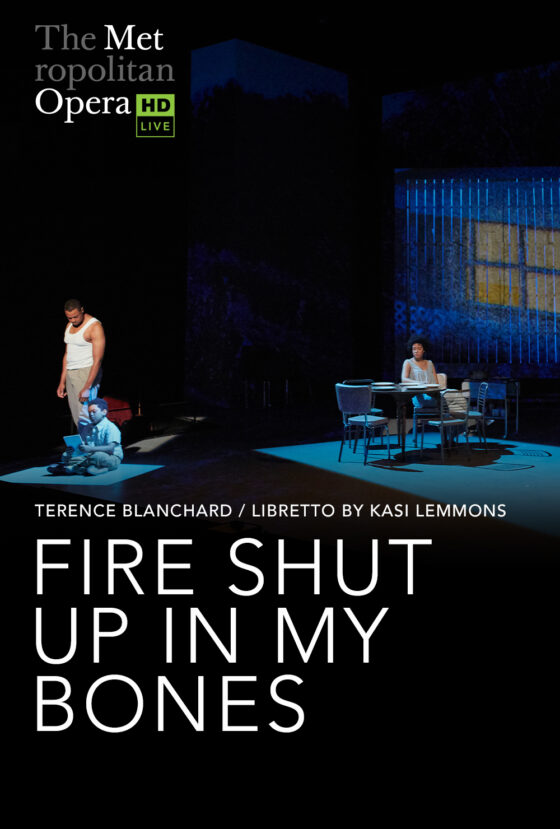 Met Music Director Yannick Nézet-Séguin conducts Grammy Award–winning jazz musician and composer Terence Blanchard’s adaptation of Charles M. Blow’s moving memoir. The first opera by a Black composer presented on the Met stage and featuring a libretto by filmmaker Kasi Lemmons, the opera tells a poignant and profound story about a young man’s journey to overcome a life of trauma and hardship. James Robinson and Camille A. Brown—two of the creators of the recent production of the Gershwins’ Porgy and Bess—co-direct this new staging, live in cinemas on October 23. Baritone Will Liverman, one of opera’s most exciting young artists, stars as Charles, alongside sopranos Angel Blue as Destiny/Loneliness/Greta and Latonia Moore as Billie.