The Met Live in HD: Medea (Cherubini) with Pre-Opera Talk 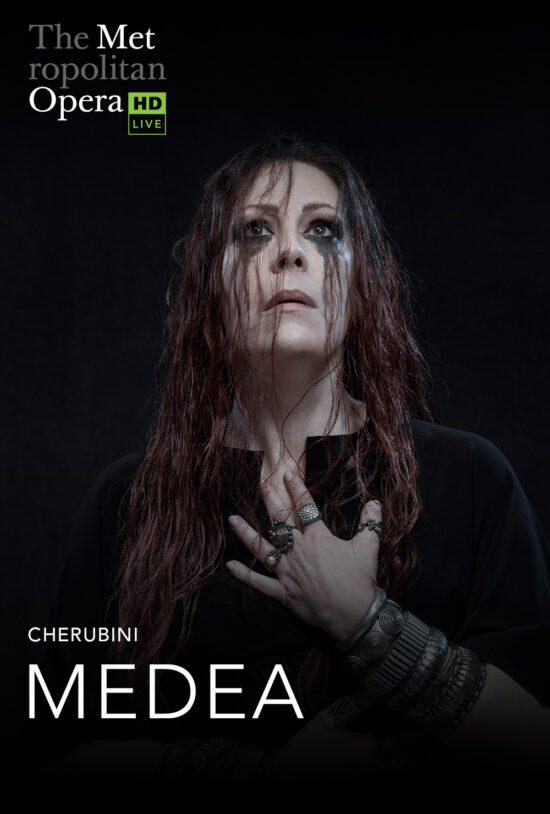 Having triumphed at the Met in some of the repertory’s fiercest soprano roles, Sondra Radvanovsky stars as the mythic sorceress who will stop at nothing in her quest for vengeance, kicking off the highly anticipated 2022–23 Live in HDseason. Joining Radvanovsky in the Met-premiere production of Cherubini’s rarely performed masterpiece is tenor Matthew Polenzani as Medea’s Argonaut husband, Giasone; soprano Janai Brugger as her rival for his love, Glauce; bass Michele Pertusi as Medea’s father, Creonte, the King of Corinth; and mezzo-soprano Ekaterina Gubanova as Medea’s confidante, Neris.

Cherubini (1760-1842) was an older contemporary of Beethoven and, despite his name and nationality, was a force majeure in French music during his lifetime.  Composer of some thirty operas, most of them first heard in Paris, he eventually achieved one of the highest positions in French musical circles by being appointed Director of the Paris Conservatoire in 1822.  Medea (1797) is a rather violent treatment of the Greek myth concerning the heroine’s interaction with Jason (of Golden Fleece fame), and this production is a Met premiere.  How well does this opera resonate in the twenty-first century?

Presenter – Morton Achter:
This is the thirteenth season of The Met: Live in HD for which Morton Achter, a resident of Topsham and formerly of New Harbor, will present a series of pre-opera talks prior to selected broadcasts at the Lincoln Theater.  A retired college professor, Dr. Achter has taught about, produced, and directed opera and related stage genres for over sixty years.  Educated at the Eastman School of Music and M.I.T., and holding a Ph.D. in music and theater history from the University of Michigan, locally he has directed productions for the Lincoln County Community Theater, River Company, Round Top Center for the Arts, and Bath’s Chocolate Church Arts Center.  He serves on the Board of Directors of Midcoast Senior College in Brunswick, and has offered music-related courses for the organization since 2010.