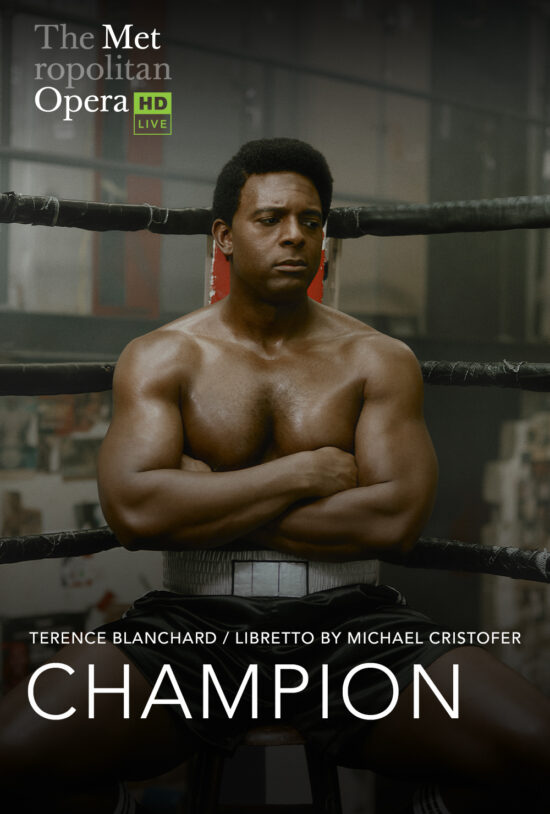 Six-time Grammy Award–winning composer Terence Blanchard brings his first opera to the Met after his Fire Shut Up in My Bones triumphantly premiered with the company to universal acclaim in 2021. Bass-baritone Ryan Speedo Green is the young boxer Emile Griffith, who rises from obscurity to become a world champion, and bass-baritone Eric Owens portrays Griffith’s older self, haunted by the ghosts of his past. Soprano Latonia Moore is Emelda Griffith, the boxer’s estranged mother, and mezzo-soprano Stephanie Blythe is the bar owner Kathy Hagan. Yannick Nézet-Séguin takes the podium for Blanchard’s second Met premiere, also reuniting the director-and-choreographer team of James Robinson and Camille A. Brown.