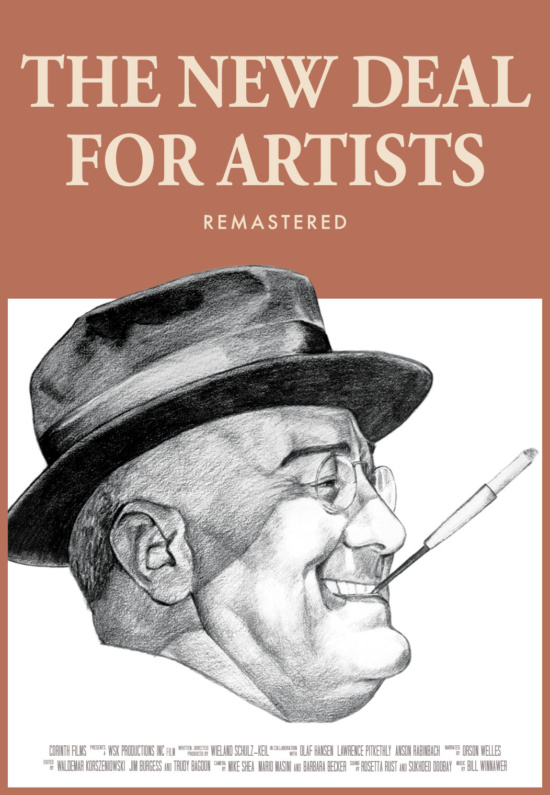 With the failure of President Hoover’s policies at the end of 1929, marked by the stock market crash on October 24, 1929 and the ensuing Great Depression, the decade that began with the dream of endless progress and prosperity came to an end with millions unemployed. American industrial workers who had lost their jobs lined up in the streets for a bowl of soup and hunk of bread. Depression, new technology and foreclosure by the banks drove more than half the American farmers to bankruptcy. By 1932 something had to change and the newly elected President, Franklin Delano Roosevelt, created the New Deal to put America back to work. The Works Project Administration (WPA) and Farm Security Administration (FSA) were formed to carry out this plan.

“A dazzling and moving portrait of a period that deserves its place in the sun.” Sandy Rovner, The Washington Post

Lincoln Theater is pleased to welcome Sarah Peskin, chair of the Frances Perkins Center board, for a post screening talk back at both the matinee and evening screenings of “New Deal For Artists.” Sarah has a BA in art history, and a master’s degree in urban planning. She shares her long-standing interest in New Deal art and infrastructure as an instructor for the Center’s Senior College courses. She lives mostly in Walpole, Maine where she retired after 30 years with the National Park Service. 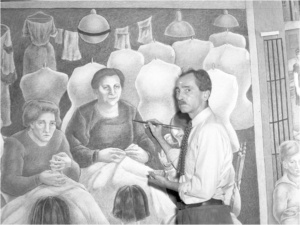 The image is of George Biddle painting a mural in the U.S. Department of Justice headquarters that features a portrait of Frances Perkins. He was grateful for her advocacy for establishing programs to hire visual artists to embellish federal buildings under construction. She did this at the very start of the FDR administration. Eventually some 10,000 artists were employed by the various New Deal art programs, not to mention the thousands of writers, directors, actors and others who were employed in their fields during the tenure of FDR from 1933-1945 and who are shown in the film

For this event, admission is general seating. Tickets can be purchased in advance or at the door, concessions will be available, and masks are optional.

Presented in partnership with the Frances Perkins Center