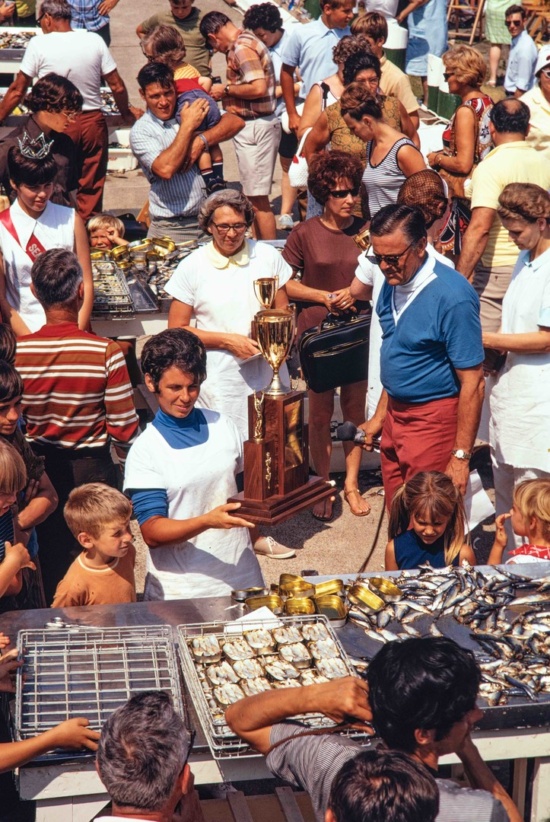 Please join us for the final screening of the 2nd Annual MidCoast Film Fest, featuring Short Films all from New England!

From Co-Director’s Kathleen Strouse, Paul Gatto, and David Jester. As a cannery worker for 38 years, Rita Willey weathered the boom and bust of the Maine sardine industry and earned national fame for her blazing speed as a fish packer. At the annual seafoods festival in Rockland, packers from the local canneries would compete for the title of World’s Fastest Sardine Packer. And no one was faster than Rita.

Kathleen Strouse (Producer / Co-director)has lived in Washington, DC, most of her adult life.  A former ballet dancer and actor, Kathleen spent most of her professional career as an engineer and business owner. Her interest in documentary filmmaking led her to a month-long workshop in Maine, where she looked for local stories not involving lobsters. It was the phrase semolina pilchard from “I Am the Walrus” that prompted her to search online for Maine pilchard and led her to discover the rich history of the Maine sardine industry. She is working on a film about women who have turned to action and engagement as a way of living with grief and loss.

Paul Gatto (Co-director). Beginning in the television and corporate video production field in 1995, Paul has held every position on a production crew, from talent wrangler to technical producer/switcher to camera operator. Through his lens, Paul always strives to capture the emotion of a decisive moment in time. Currently working as a videographer and photographer for the foreign affairs department of the Government of Canada, Paul has had the opportunity to photograph many individuals, from Nobel Prize winners to people living in poverty – each with their own unique face to show the world.

David Jester (Co-director) is an independent filmmaker and founding member of Whisky Wolf Media. A native of New York, David works and lives in Maine. He worked on the short film, Fast Lanes, which won best film for Northeast regional film, in the Forty-Eight Hour Film Festival. He is currently in post-production on In the Blood, a documentary highlighting the contribution of a father and son artist duo to the continuum of Maine art, and in production of another documentary situated between Maine and Scotland. Having created and produced the television series, Stay Safe, David has used the medium of television to spread fire prevention practices. Shown in 34 states across the US, Stay Safe received an award from the State of Maine for best practices, and continues to be shown in new communities. 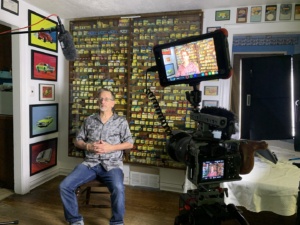 The story of one man’s obsession with cars…really really small cars. From director, Gorman Bechard. So what do you do when your cherished childhood toy becomes an obsession? And then a collection. A really large collection. Well, if you’re Charlie Mack, you make like the Addams Family, and…voila! (Snap snap!) The house is a museum! A generation-spanning monument to collecting, a life’s masterpiece unto itself.
In The Matchbox Man, filmmaker Gorman Bechard visits Charlie at his Connecticut home. Charlie has one of nearly every model Matchbox car ever made. He goes deep on the details, showing off some of the variations that hardcore collectors desire: sizes, car colors, windshields, decals and wheel types. He also traces the history of the Matchbox line.

Gorman Bechard has directed and written 18 feature films including rock documentaries on The Replacements, Grant Hart, Archers of Loaf, Lydia Loveless, Sarah Shook & the Disarmers, and soon Wilco’s Jay Bennett. He has also directed the animal-rights films A Dog Named Gucci (which won the prestigious and rarely awarded ASPCA Media Excellence Award in 2015) and Seniors A Dogumentary, and most recently Pizza, A Love Story, a film on the Italian migration to New Haven, Connecticut that lead to the 3 most famous pizza restaurants in the world. He has also written 5 novels including the religious satire, The Second Greatest Story Ever Told. He is the co-director/programmer of NHdocs: the New Haven Documentary Film Festival. He lives in New Haven, CT with his wife Kristine and their two dogs, Springsteen and Dylan. 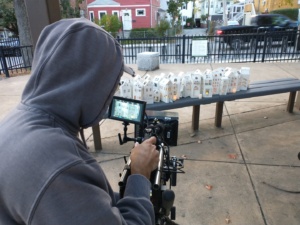 Somerville For All (Boston)
Filmmaker Andrew Eldridge will be in attendance.
Running Time: 18 minutes

In Somerville, Massachusetts, members of the community coming together to plan and execute an illuminated lantern walk to bring attention to gentrification and housing affordability in East Somerville during the pandemic.

Director, Andrew Eldridge is an Emmy® Award-winning filmmaker from Somerville, MA with 15+ years professional experience in the television, film, commercial, and corporate industry. In 2020, he made his feature film editorial debut with the film A Most Beautiful Thing and topped off 2020 with the launch of his own production company, Mister Francis, that focus’ on socially benefiting projects and productions. He coupled that with the release of his short documentary about the Somerville Community Corporation entitled Somerville For All. The film, which follows members of the community coming together to plan and execute an illuminated walk, brings attention to gentrification and housing affordability in East Somerville. Eldridge, who is originally from New Bedford, MA, earned a BA from the University of Maine in 2007 and currently lives in Somerville, MA. 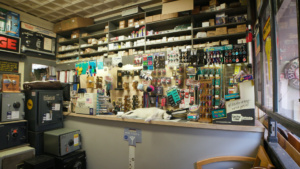 Patty Maestranzi’s family has run the same two-room lockshop in South Boston for nearly a century. Small shops like hers used to line the neighborhood. Now, her lockshop is among the last. Director, Cara Feinberg is a writer and filmmaker living in the Boston area. Her work has appeared in print, online, and on screen. She currently freelances in print journalism and documentary television production. Her print stories have appeared in publications including The Boston Globe, The Atlantic Online, The American Prospect, and Harvard Magazine, and she has worked on television documentaries for the PBS science series NOVA, Discovery Science Channel, Travel Channel, and DreamWorks Animation. 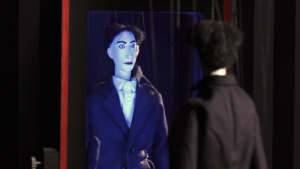 Night and Day is a story of two lives, an uncle and his nephew. Neither has ever met. In fact the nephew never knew of his uncle’s existence until his own coming out to his family. These two men lived very different lives due to the time periods in which they were born. The story is uniquely told via a puppet stage and marionettes. From Filmmaker Peter Anthony.